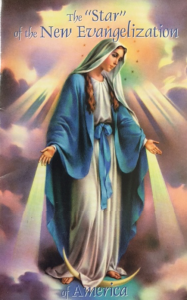 Little by little Satan has "prepared the way for his masterpiece of deception in the development of spiritualism. He has not yet reached the full accomplishment of his designs; but it will be reached in the last remnant of time....

Except those who are kept by the power of God, through faith in His word, the whole world will be swept into the ranks of this delusion...."

"As spiritualism more closely imitates the nominal Christianity of the day, it has greater power to deceive and ensnare. Satan himself is converted after the modern order of things. He will appear in the character of an angel of light....Through the agency of spiritualism, miracles will be wrought, the sick will be healed, and many undeniable wonders will be performed. And as the spirits profess faith in the Bible and manifest respect for the institutions of the church, their work will be accepted as a manifestation of divine power." (The Great Controversy, E. G. White, 1884, pp. 561, 562, 588)

"Spiritualism in the guise of Christianity is a powerful delusion that threatens to sweep the world into its ranks. Learn how this great apostasy will come about and how you can prepare and warn others -- before it is too late! 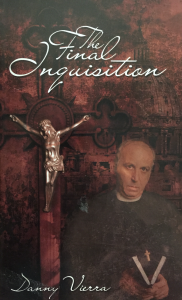 "Many People sense something stupedous is about to break upon this world, which the prophet Daniel rightly called "a time of trouble." But most people do not know that the coming crisis will include a final inquisition--a time when commandments-keeping Christians will be punished as heretics. Is such a thing possable? Does the Book of Revelation warn of religious laws will be punished?

There is no reason to be taken by surprise, for THE FINAL INQUISITION unmasks the players in the millennium endgame and their hidden agenda to establish a One-World Order."